Inspired by the geniuses who created Cartoon Trump et al on Stephen Colbert’s “Late Show” we here at Magpie 6 have decided to create a cartoon political figure closer to home, our dear Taoiseach, Leo Varadkar. It started out as a lark messing on Adobe’s Character Animator software and went from there. We’ve started blog entries so the development of the cartoon character can be seen as it evolves.

Adobe’s Character Animator works in conjunction with a computer’s camera using motion capture. The animated puppet then mimics whatever the live actor is doing in front of the camera. The way Stephen Colbert’s “Late Show” works it out is to have an actor off stage reacting and chatting with Stephen on stage. The Cartoon Trump or Hillary or whoever is superimposed over the live action video stream via an online editing system so the audience at home can watch Stephen interact with Cartoon Trump. 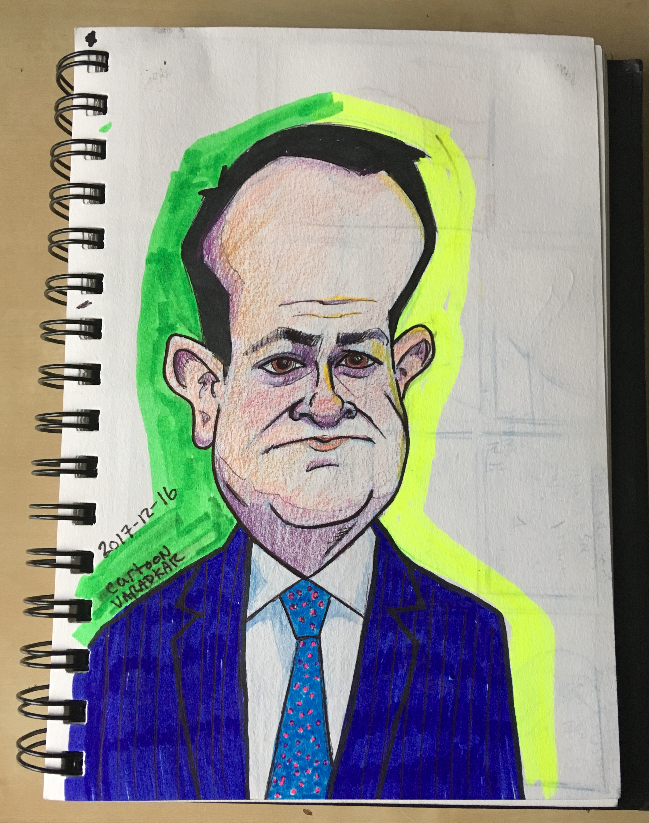 We’re building the Cartoon Varadkar puppet in Photoshop and then will import it into Character Animator. A lot of planning needs to go into the puppet so it can blink, move eyebrows, speak and convey emotions. As the puppet progresses, we’ll add more posts.